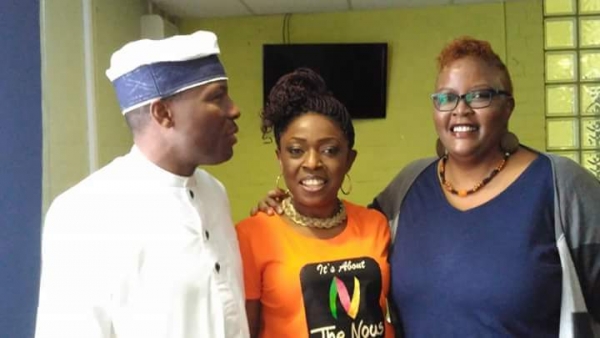 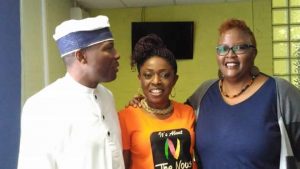 On 5th March 2016, I participated as a panel member in a workshop hosted by The Nous to raise awareness on “Understanding Depression”. Depression is defined by symptoms that include low mood for an extended period, sadness and hopelessness, loss of interest in life, loss of concentration, appetite and can include suicidal thoughts. This can be through a life events, stress or illness. It can be treated both psychological talking therapies and medication.

As one who suffers from depression as a secondary diagnosis, I also work in a Community mental Health team, I was grateful to share my experiences and thoughts from the different places I sit. My primary diagnosis is Fibromyalgia/Chronic Fatigue syndrome which is a recognized central nervous system disorder that has no cure. Our friends from across the pond, The United states lobbied for recognition of the disorder, The Whole Health Organisation, United Kingdom, Europe and U.S.A finally gave the disorder an ICD10 Code. M79.7 in October 2015.

Nous is the Greek word for the “mind”. The Nous is an organisation headed by Lade Hephzibah Olugbemi, who also works in the public sector. Lade and I met in 2015 and I shared my vision, “to empower women who have experienced sexual abuse and depression and facilitating discussions to demystify mental health“. I made the decision to work under the umbrella of The Nous, as collaboration would strengthen our effect. In brief some of our common objectives are:

ü      To align with The Nous objectives to be an advocacy group for the identified communities in the UK and ensure they are afforded fair treatment and care in line with the Equalities Act 2010 and Health Care Legislation;

ü      To facilitate workshops and engage all stakeholders in mental health to raise awareness (this includes: Diaspora, legislators and other organizations and professionals who support families and children who give legal advice to disenfranchised families;

ü      To engage and facilitate sign posting and information sharing via social media.

ü      To explore consulting work to support countries in Africa in creating robust laws, policies and social and nursing services for mental health sufferers through the Diaspora by importing knowledge

In attendance were 80 participants. I did a quick Equalities Survey and the representation was as follows

It was clear from the attendance that there was a great need to demystify mental health, create support groups in the community and engage church leaders.

The panel discussion was vibrant and informative and addressed myths on misdiagnosis of BAME members and sectioning by the panel consultant psychiatrists. It is a historical fact that BAME members have been misdiagnosed by Caucasian psychiatrists and in my research to understand why, the reasons were bigotry and failure to understand different cultures. On questioning other professionals it was clear that in social care, nursing and psychiatry training the modules for dealing with people of other ethnicities and cultures was not in-depth. There seems very limited understanding

My thoughts after the successful workshop are the work needed to be done is larger than we probably foresee even from a very central place like the United Kingdom. It is important to have a middle ground with advocacy and policy makers working from the top and grassroots engagement, which is happening through workshops. Both organizations have closed and open Facebook group discussions that engage in different conversations.

Why is language important? I recalled a discussion with my 80 year old father a few years back. Listening to his symptoms which he decided was malaria: he felt tired, he joints ache, he wasn’t sleeping well for an extended period and his concentration was not good. Being the FBI agent, I probed further and realised the more he spoke, he was missing his children around him. I told him he was depressed, he said “no” he had malaria. To associate oneself with a mental health problem was sacrilege. The “aha” moment came “in order to explain to BAME members their illnesses, creative language solutions had to found”. On my Facebook group I asked 250 members who represent 16 nations what the word was for depression, the respondents was “muguruki” which means a mad person in Kikuyu.

Africa has 2000 languages and 54 nations. Each ethnicity has its own cultural norms and trickles down to family and the individual. Cultural beliefs are a great contribution to the stigma. The evolution and loss of cultural practice, rural urban migration and the introduction of Christianity is something one has to grapple with. In some communities the pastor has more influence than the doctor or the witchdoctor than the doctor. Africa was colonized by the British, French, Belgian, Italian German and Spanish. Some countries have these languages as part of the national culture and with the development languages like Sheng or Pidgin or Creole have born new languages and words. These languages mix the foreign, the national language and mother tongue and change yearly.

The main groups are Bantus, Nilotes and Cushites. You will find that the Bantu who originated from Central Africa moved north towards Kenya and South towards Zimbabwe and South Africa. We have common words and traditions in the respective languages; some mean the same others don’t. The importance of translating psychiatry language into understandable descriptive symptoms will go a long way in removing stigma.

It was a learning experience to listen to His Royal Highness Oba Dokun Thompson – The King of Eti Ona, Nigeria. He explained how it was important for them as rulers to help engage in the discussions and awareness of mental health. Reflectively in East Africa including Rwanda and Burundi only Uganda I think has a King, King of Buganda Ronald Edward Frederick Kimera Muwenda Mutebi II (born 13 April 1955) is the reigning Kabaka of the Kingdom of Buganda, a constitutional kingdom in modern-day Uganda. He is the 36th Kabaka of Buganda. The other tribes are mostly led by Chiefs of the tribes in conjunction with Clan elders. It would therefore also be useful to lobby governments through ECOWAS, COMESA and EAU or The African Unity to ensure the rights of mental health sufferers are protected.  It is clear that our problem is increasing and perhaps skills migration should be considered. Understanding the current cultural environments would have to take into account issues like war and social and economic growth of a country.

My journey with depression continues. I struggled with acceptance of my diagnosis even with the exposure almost tom detriment. I still cannot translate my life events as trauma or depression but progress is being made. I have had to be very blunt with what I call the “hallelujah chorus” as the healing chants were more a source of irritation to me or feelings of inadequacy in faith. I was fortunate to have good support from my GP and consultants therefore I believe a holistic approach is necessary.