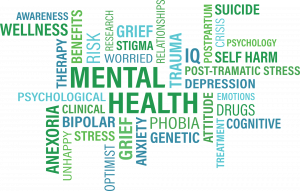 It has been almost 2.5 years since I joined The Nous, a UK non-profit organisation as an Ambassador. The vision, to create awareness on mental health. I have a separate Facebook Group Ladyboss.

Both Facebook groups facilitate information sharing and provide a safe closed space to share journeys and get support online. The groups are targeted at Black Asian and Ethnic Minority Groups. The reason for targeting is, Mental Health remains a taboo subject in many BAME communities.

In the UK, discussions with CEO Ms Lade Olugbemi and other ambassadors there was  consensus that BAME groups do not access services due to fear, stigma and discrimination. Further there seemed a disparity in support and funding for these groups.

Mental Health is fast becoming part of many conversations, a buzzword. My fear is that the reality of MENTAL HEALTH will disappear within the noise. Whilst genuine discussions on mental health are welcome, and the more conversations had the better, in the din comes misunderstanding.

MENTAL HEALTH is the umbrella for mental well-being and mental illness. Mental well-being has to do with the individual and their ability to take care of themselves, make good decisions and have healthy relationships at work, at home and in the community.

Mental illness comes with specialised professionals input that includes: GPs, psychiatrists, psychologists, social workers, AMHPs, community psychiatric nurses, occupational therapists. This kind of multi-disciplinary team supports those referred in several categories; mild, moderate and acute mental health. GPS are the first port of call and sometimes can manage mild to moderate cases. Decisions are made in a multi-disciplinary meeting where referrals are discussed. The outcomes of the first assessment include a cluster identification, taking into account risk and support needed. Based on the marker of the cluster, a professional to support the individual is identified or they are discharged to brief interventions, another service or into the community.

Here is a list of mental health conditions according to the ICD10 2017.

Many of us suffer from a mental illness at some point in our life e.g. due to loss by death, divorce, illness, work or financial strains or just hormonal imbalances. Some people are able to bounce back, others take longer and it can affect day to day lives adversely. This is where safeguarding assessments are undertaken as families and children are affected and care plans are initiated.  This can involve social services and the police.

It therefore becomes a danger when some in the latter group want to pass of as specialists based on their own experience. This sets a very dangerous precedence when a non-mental health professional passes themselves off as the answer, yet there is more to a diagnosis. I was quite baffled to hear that if we manage our thoughts, depression can be non existent. There is some truth in it, however this doesn’t address different causes of depression like physical or long term illnesses or the effects of medication or hormonal changes! It would also be challenging to manage thoughts with an individual experiencing psychosis without professional input or medication!

This phenomena of picking causes without thorough understanding can cause genuine agendas to be lost. When discussing Mental Health you have to look at Legislation like the Equalities Act 2010, Mental Health Law, NICE guidelines, Medication management and safeguarding etc. There is need for grassroot movement and involvement with service users, community, GPs, Police and CCGs to enhance creating awareness. This is particularly of import when sectioning an individual or arranging for hospitalisation or living arrangements.

The loss of the voice of such a movement discussing mental health and taboo subjects can be demonstrated in this article by Marie Claire where Hollywood stars came out and spoke about their sexual abuse.

The stars included Oprah Winfrey, Terri Thatcher, Gabrielle Union and Monique etc spoke of their trauma as far back as 2008. In 2017 we have the Harvey Weinstein sexual harassment allegations. Were their concerns any less during the time they told their stories? NO, however on the guise of authenticity voices were heard but no clear direction to stop this heinous crime was given.

My thought would be that those who want to be part of this conversion to join organizations like The Nous, Mind and support the vision rather than fly solo. The strength is in numbers can bring change by being ambassadors.