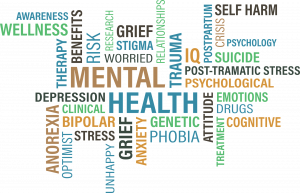 I strolled into Java Yaya Centre excited to visit with an old friend. The person whom I met was not the same woman I had not seen for 10 years. We had found each other through facebook and I looked forward to some old memories.

Njoki aged 44 was born into what we would call a middle class family. She was brought up in the outskirts of the city and we had met when I was in school. She narrated sadly that her parents had passed away and had 3 others who were living and working in Nairobi successfully.

The deaths in her family had happened in a space of 12 months and she had been struggling to come to terms with the loss. She narrated she had been diagnosed with depression (as goes with any loss) then clinical depression and finally Bipolar 1 as she had presented with mood disorders. She had no home and her communication with her siblings was strained. According to her was no longer living at home as her brother had kicked her out she had no financial support. As trained I kept my face in neutral and tears just streamed from my eyes.

My mind went into to automatic with 16 years in mental health.

She had a stint as an inpatient for an extended period and could not afford medication. This meant that she was unable to manage her highs and lows. She was currently living with friends, although she said she was married to whom, it remained unclear. From her narrative, she was raped twice during her manic stages, and she ruefully stated “at least I am not HIV positive”. She is sexually abused by men who sleep with her by buying her alcohol and give her money and trinkets. Later I found out she had been seen dancing in public in an erratic manner.

She looked well and was articulate. She is religious and shows insight into her illness. I asked her about her physical health and whether her doctor reviewed it due to the side effects of the medication. She explained she had blood pressure and diabetes, albeit she has lost a lot of weight from observation. She explained she had no money to go to the doctor to undertake the physical health check to ensure that the medication is not affecting her.

Given that she was of age it was difficult to set a challenge of neglect. What was needed was to speak to the family on how best to support her to ensure that she was able to manage her mental illness. Clearly with her insight it would not be difficult in my opinion.

When I queried about her future, Njoki requested for money for medication, to open a business, a place to stay, a mobile phone in case of an emergency women sanitary towels, pots and pans and someone to manage the money.

The Social Services experience in me, quietly questioned whether there was a way someone who could manage the money to avoid her being robbed or over spending during any episodes. As a manager, when a service user was unable to manage their money, there was a mental state examination that was initiated under Guardianship. This allowed me to manage, arrange for collection and account for monies paid to the service user. It became apparent that there was need to draw a map to support mental health in Kenya on the holistic support from hospital to community.

Sadly, there was not much I could do and the doctors I knew she could not afford. I spoke to a friend and advised him to speak to his siblings and hope things would work out. I gave what I had but was it enough? I was so overwhelmed that I did not have time to tell her that it would be okay and that with medication she could lead a good life.